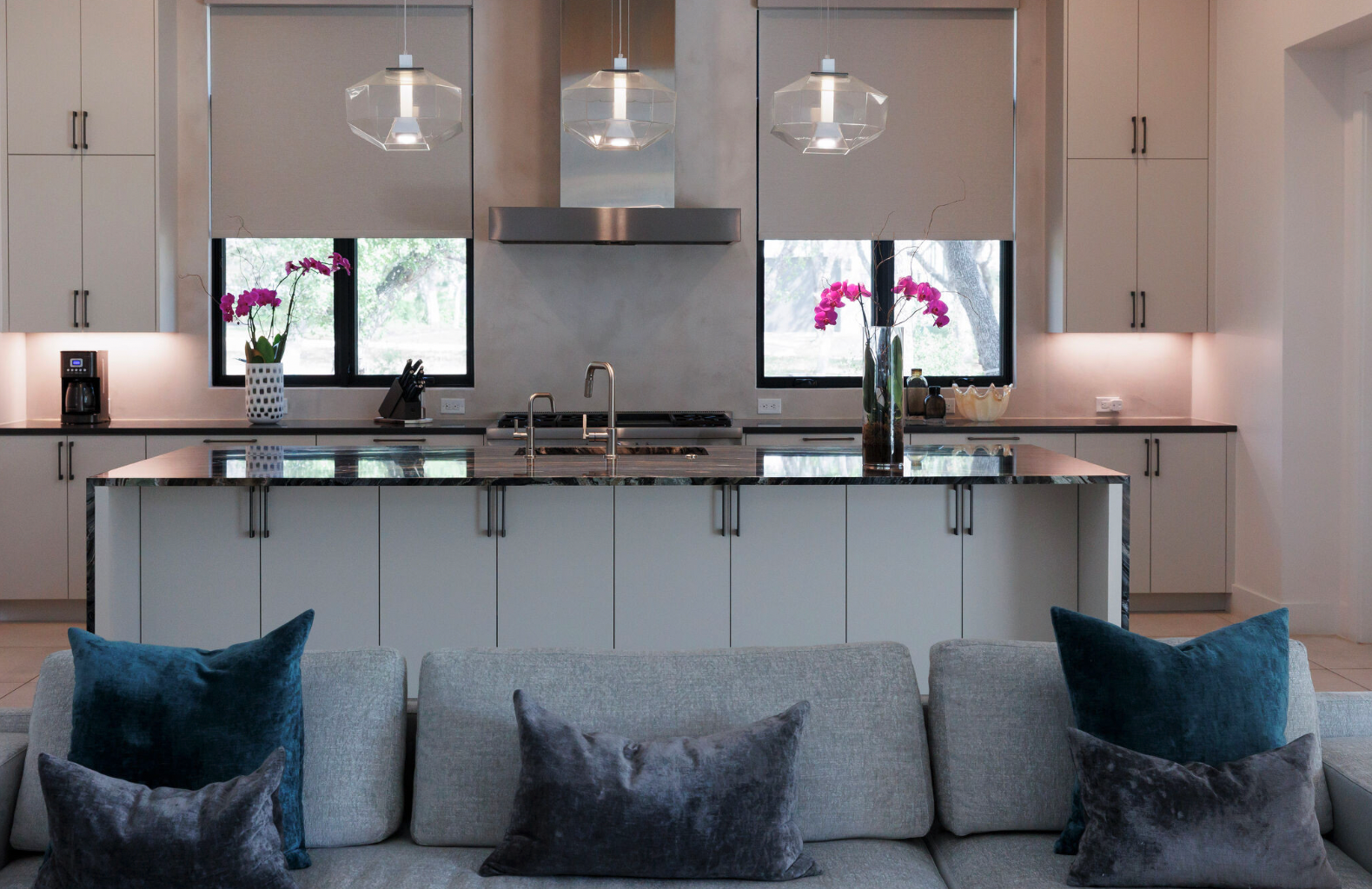 This article was originally published in the July 29, 2022 edition of the San Antonio Express News. Read the full online article here.

Like many people building a new home, Lori Urbano had a wish list of things she wanted in her new place: a spa-like owner’s bedroom, a media room with surround sound, at least two* *guest rooms on the ground floor and an exercise room.

But Urbano is also an home builder, owner of San Antonio-based Urbano Design and Build. So when she was designing her new home, she also wanted it to be a showcase where potential clients could see examples of designs, techniques and products she likes to bring to her jobs. 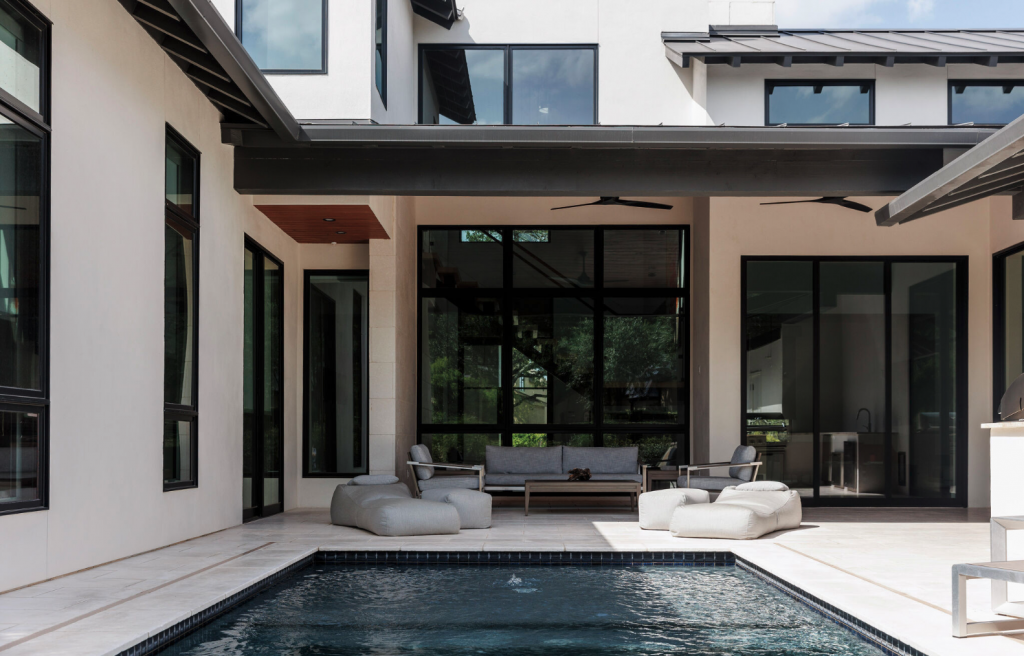 “I added a lot of different things to the house so clients can see them in a real-life setting,” she said. “Any of them could work in any house, depending on how you use it.”

Urbano, 48, has been a builder for 20 years and has lived in several different homes, but this was the first house she built for herself.

“It’s funny because people would always ask me, ‘Well, what does your home look like?’ ” she said. “But I didn’t have time to build the kind of house I wanted for myself.”

She purchased a lot in the Inverness neighborhood near Wurzbach Parkway and N.W. Military Highway back in 2015, but other jobs kept her from starting the project.

Then the pandemic hit.

“I thought, well, things are gonna be slow for a while, so maybe now’s the time to build,” she said. “Then two months later everybody started calling and we got real busy. But I was still able to build the home that I wanted.” 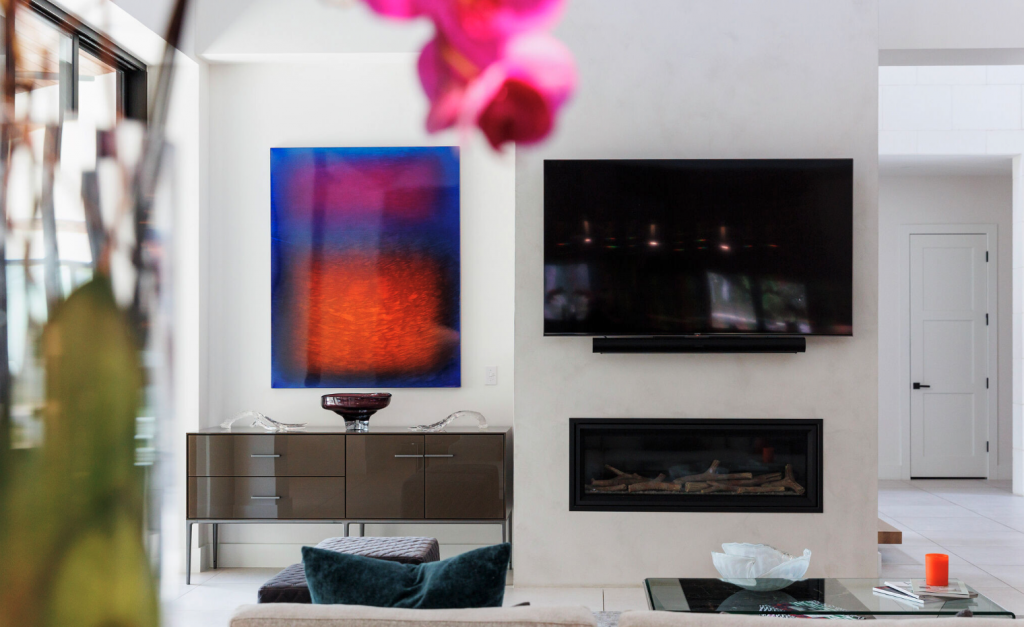 Construction started in June 2020, and she moved into the house in May 2021. She declined to reveal the home’s cost.The four-bedroom, 5 ½-bath house was built in the transitional style, a look she describes as “contemporary but not too modern,” with an interior leavened with midcentury modern furnishings.

“There are elements in here that are contemporary, like the Euro cabinets in the kitchen,” she said. “But then I ended up doing a quartzite countertop to soften things up.” 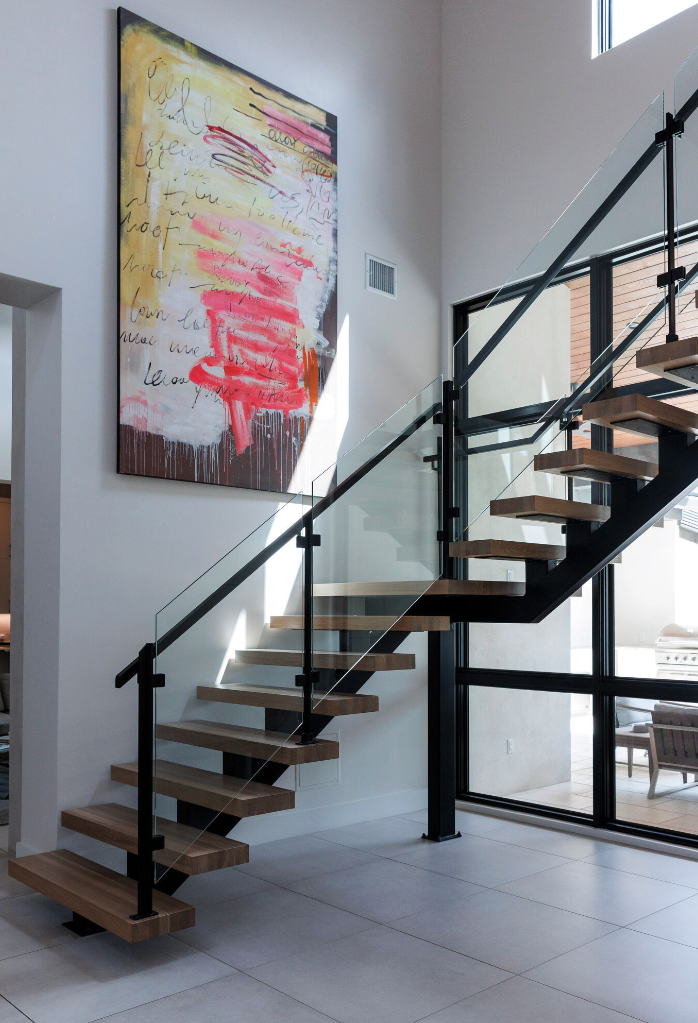 The house opens with a grand, two-story entryway that utilizes multiple materials to illustrate how they can blend harmoniously. These include limestone walls that extend in from the home’s exterior, 30-by-30-inch porcelain floor tiles that complement the limestone, an L-shaped stairway made with custom stained white oak treads, black metal handrails and glass balusters and a wooden, tongue-and-groove ceiling.

To the left of the foyer is the main living area, entered through an exceptionally high and wide doorway that tricks the mind into perceiving the house as being larger than it actually is. It was a deliberate design decision, Urbano said.

“When you have wide open spaces, the house obviously doesn’t feel as small,” she explained. “This house is only 3,800 square feet, but it feels a lot larger. I mean, you can have a 6,000-square-foot home, and if it’s not designed properly, it can it feel very, very small.”

The living area is furnished with midcentury reproduction seating in rust, blue and neutrals surrounding a splay-legged coffee table and oriented toward a gas fireplace faced with lime plaster rather than the more common stone or brick because she wanted “something timeless.” The off-white material shows the trowel marks, giving it a subtle depth.

In the adjacent kitchen, the focal point is the 11-foot center island with a waterfall edge of quartzite swirled in charcoal gray, ashy blue, green and brown taupe. Urbano said she so wanted the island top to pop that she had the same plaster from the fireplace applied in place of a traditional backsplash.

“It’s treated with a sealant, so it’ll keep that nice, clean look,” she said. The look is so attractive in fact, she’s already using it for a backsplash on another house she’s building for clients who saw it while visiting her house.

Throughout the living area, the neutral walls are set off with pieces of her art collection, mostly colorful abstracts and San Antonio artists, including Bettie Ward, Ben Mata, Lucy Peveto and Eric Breish.

“I like to have the colors of the art to pop,” she said. “That’s why I keep the walls neutral.”

The* *living area’s 18-foot ceiling is traversed with large wooden decorative beams she said help give the room character.

“And that’s real timber, not wrapped beams,” she said. “They were more expensive and a real pain to lift into place, but I wanted it, so I did it.”

Several other things she wanted were a metal dining table imported from Australia, the breakfast table from Turkey and living room furniture purchased while she was in Miami.

“I kept on hanging art on that wall, but nothing worked,” she said. “Then I was in Miami and I saw something like this but in a different color and a different pattern. So when I came home I played around with the idea and I fell in love with it.”

She installed a heated floor in the bathroom — another feature she now includes in most of her new builds — as well as a soaking tub and a large, glass-enclosed walk-in shower. She used the lime plaster here, too, tinting it a light gray for a different, darker look, and to show the material’s color options.

Upstairs there are two bedrooms, one of which serves as a home theater, complete with cozy seating, and ice maker for drinks and a big bowl of movie theater candy. 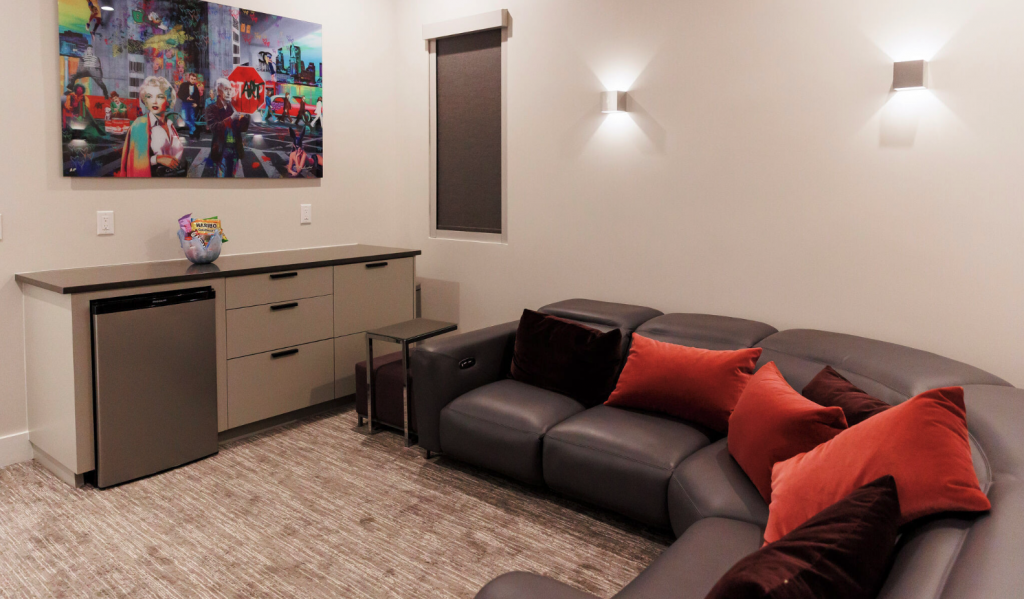 “We’ve watch everything from comedies to action to dramas,” she said. “During the pandemic, I think I watched everything on Netflix and Prime.”

Editor’s note: This article has been updated to correct Urbano’s occupation.

Let Urbano help you get the home of your dreams wi

Let our team at Urbano Design and Build help you b

We take pride in the work we do, always giving it

Our team is with you every step of the way, bringi

Load More Connect with Us

Let’s Get In Touch